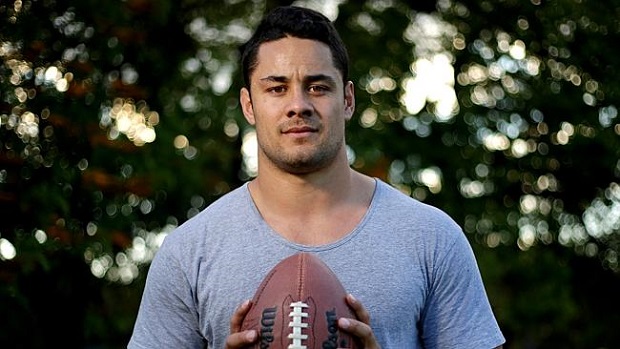 Translations of this article are also available in the following languages:BosanskiDanskEspañolFrançaisItalianoMagyarNorskPortuguêsRomânăSrpski

In 2014 Jarryd Hayne, one of the greatest rugby players in the world, announced that he was forgoing his future in Australia’s National Rugby League to try to break into the NFL. Hayne not only turned down guaranteed money and a potential multi-million dollar contract extension with the NRL’s Parramatta Eels, he did it with no guarantee of making an NFL roster. He left the NRL simply to pursue his dream in the NFL without a contract already on the table.

Upon further research, Hayne had zero experience playing American football. Australia does have youth, college, and senior American football leagues, but Hayne began playing rugby from an early age and never participated in football at an organized level. He had been considering a move to the NFL for two years prior to the move, and finally decided the time was right. After taking a tour of the Seattle Seahawks’ facilities in September of last year, he announced his decision on October 15th, 2014.

So why would a rugby superstar – who some consider to be the top player in the world – give up the security of a long-term contract in his sport’s premier league for an uncertain future in American football?

Those of us who play or who have played American football have a fairly good idea of how the game makes them feel, but quantifying these characteristics into a concise explanation of what makes the game great is a bit more tricky. Still, American football offers so many great qualities that there is much to choose from. American football is the world’s greatest game, and Jarryd Hayne is just one of many who have come to understand this.

Here are the top 7 things that make American football great:

Basketball is a 5-on-5 sport. Baseball is a 9-on-9 sport. Football is not an 11-on-11 sport. It’s a 50-on-50 sport, or at minimum 30-on-30. To compete at a high level for 60 minutes every week for an entire season, you need depth at every position on both sides of the ball. You then need to coordinate each of those positions within the scope of an organized offense, defense, and special teams. Even the coaching staffs require layered coverage and depth of every coaching position. A result of all this is a major emphasis on teamwork to achieve these objectives.

On the field, all eleven players must be performing in unison, otherwise there are weaknesses to exploit. It takes all eleven players executing on every play, and each has an assigned task that they must complete. Every player is involved in every play, which is unlike any other sport. Off the field, team chemistry is such an important factor. All players must believe that they’re fighting for the same cause and believe in their coaches and teammates.

2. The strategy of the game

Organizing a football roster is the equivalent of maintaining a small army. Much like an army unit, they’re trying to improve individually and as a team every day. Each position has unique responsibilities that they must perform, whether it’s blocking, tackling, catching, running, throwing, kicking, or defending. A coaching staff must coordinate its full roster in both training and its team’s games.

Within a game, teams must endeavor to execute their strategy, adjust when needed, change the point of attack, manage the clock, and substitute players when needed. The game requires more comprehensive strategy than any other sport, making it much more cerebral than anything else out there. If you add to that the preparation required by coaching staffs to watch game and practice film to learn from mistakes and prepare for its their next opponent, its easy to see why football is a very strategic sport.

3. Football is a spectacle

Borrowing some of the greatest aspects of American culture (or at least the most grandiose), football has truly become a spectacle not only in the United States but also around the world. 111.5 million people watched Super Bowl XLVII in the United States alone, with a total of approximately 167 million viewers worldwide. The NFL has become bigger than just the game – it’s pure entertainment. World-class athletes on each team battle it out with tons of action and drama, cheerleaders dance, bands perform, jets fly overhead, and much more. It’s become the best version of reality programming you can get. Throw in the tailgates and the giant stadiums (the Dallas Cowboys’ AT&T Stadium has a capacity of over 105,000), and you get swept up in the excitement.

This level of entertainment is not only reserved for the NFL: college football, high school football, and football in other countries (namely Canada, Mexico, Japan, Germany, and Austria, among others) also provide enormous value to fans. Football is the most popular sport in the United States and growing tremendously in other countries, causing more people to take notice and an increase in the entertainment value to fans of each respective team or league.

A common criticism of football by those that don’t know football is that the game involves too much stopping and starting, with minimal continuous play. The issues with this argument is that it doesn’t acknowledge the value of the “stop-and-start” nature of football. The average play in American football lasts for approximately 4-6 seconds, followed by a period of approximately 25-40 seconds of pause. This time is used for physical and mental recovery from each play, as well as time to assess the last play and coordinate the next play. However, most importantly this enables players to get prepared to commit 100% effort to the next play. Due to the continuous nature of other sports, there are rarely moments when these sports exhibit 100% effort due to the fatigue associated with non-stop play. Rather than seeing players give you their very best, you’re watching them give the very best of what they have left – which is usually something like 80-90% of their full capacity.

Sports like soccer, baseball, rugby, cricket, hockey, and even basketball also involve a tremendous amount of time for players to simply stand around in the middle of play. This is something that simply never happens with football – every player is giving 100% effort and concentration to every play, with no standing around. This is something that few other sports – if any – can claim.

5. The intensity of the game

As Vince Lombardi famously said, “Football is not a contact sport, it’s a collision sport – dancing is a contact sport.” Football is not for the weak of heart, or weak of mind. The intensity of the sport is almost unparalleled, as are the big hits you take during a game. This takes an incredible amount of focus and mental toughness, as the risk of injury is very real.

While those less familiar with the game may claim that football is less intense than sports like rugby because pads and a helmet are part of the game, they’re missing the fact that these elements can also be used as a weapon against your opponent. Since football does provide you with pads, it gives you the confidence and ability to hit your opponent at full speed. Most rugby tackles are not performed with the same force as an American football tackle.

6. There is a position for everyone

Whether you’re 5’6″ or 6’6″, 150 lbs. or 300 lbs., there is a place for you in this game. While sports like basketball or soccer generally require you to fit a certain build and level fitness, football has a large variety of positions that perform very different functions and therefore require players of different sizes and athleticism. If you’re 6’4″, 280 lbs., there likely aren’t a lot of sports you can play, but in football you could be a legend (and often be paid well for it). For this reason, it’s a far more inclusive game than most and encourages cooperation among players of all different backgrounds.

Toughness, teamwork, commitment, strategy, unity, and strength. These are just some of the characteristics attributed to American football. These are appealing, no doubt, and are coached into players from the first time they step on the field until the very last time they put on a uniform. The important thing about these values is that they go far beyond football – they are important in life. Football is in many ways a microcosm of life. It teaches you to overcome adversity, to stay focused on an objective, and allows you to taste success at varying levels.

When you go to battle with your teammates, it builds a powerful bond. A lot of friendships are built on and off the field. Football is a uniting force and allows you to learn some important lessons that you carry with you the rest of your life.

If you have a friend who could benefit from reading from this article, please share it with them so they can better understand your passion for the game of football.

What are your thoughts? Which of these is most important to you? Is there something else you’d add to this list? We’d love to hear from you in the comments section below.