The Battle Oxygen Predator Mouth Guard is an advanced mouth protection system that rivals the safety and performance of custom-molded mouthguards, but at a fraction of the cost. There is no substitute. The Oxygen is the original patented mouthguard designed and developed by athletic, dental and medical experts to deliver superior airflow and better performance. It delivers more oxygen to the muscles for faster recovery, clearer thinking and faster reaction times play after play. Includes convertible strap. 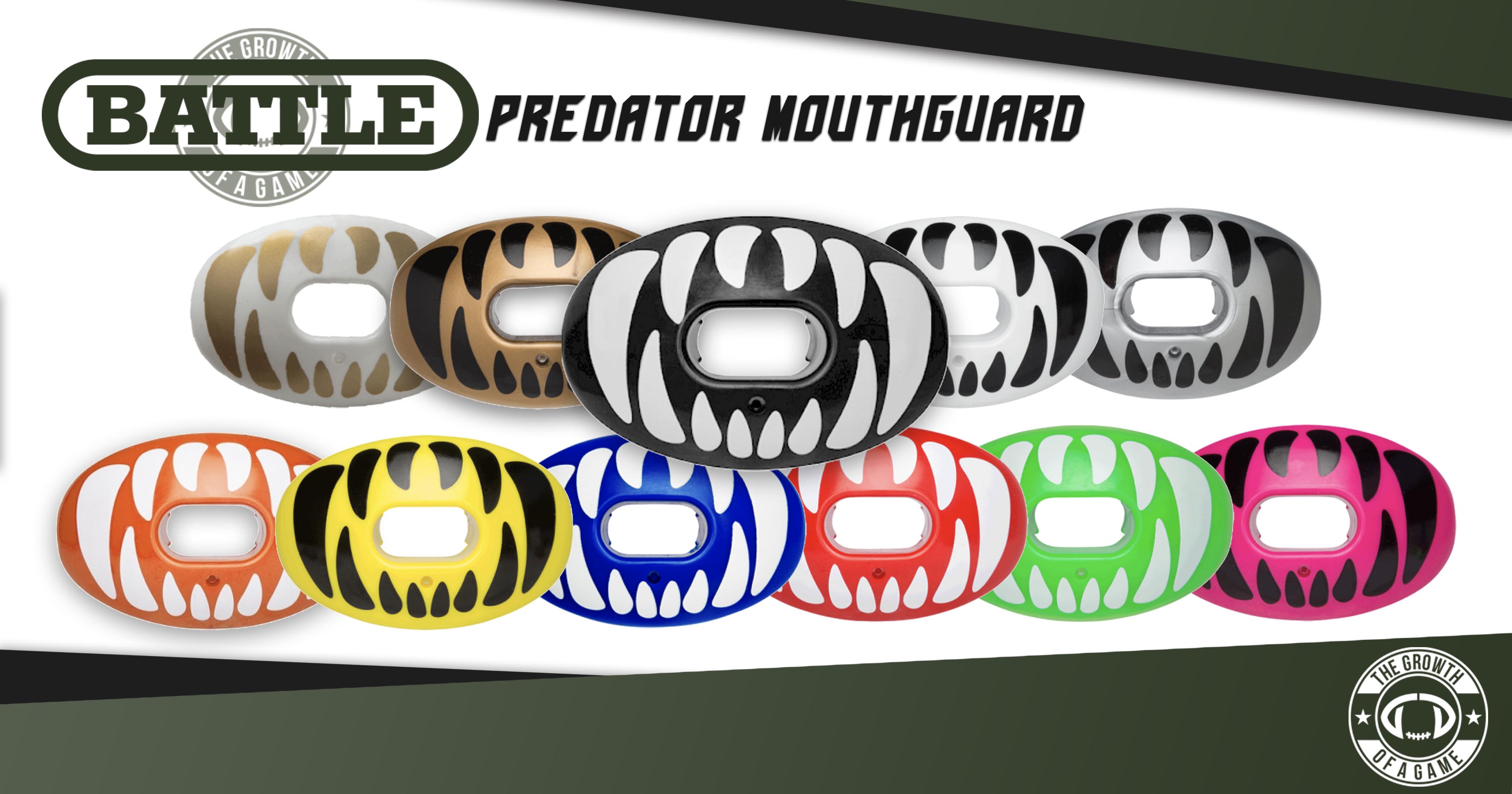 We’ve been in the huddle and in the locker room. We’ve paced the sidelines and screamed from the stands. We’ve been up at dawn on the field and on the bus after dusk. Because we don’t just talk football, we live football. We are football parents ourselves. That’s why we stand by our products with the strongest durability guarantees on the market. Maybe that’s why we are the fastest growing football brand in the country.

Here at Battle Sports Science, we know the feeling well. Former athletes and now passionate weekend warriors, we believe the rush derived from the human drama of athletic competition as Jim McKay so famously articulated in the opening credits of ABC’s Wide World of Sports is like few things in the world.

To deliver on those lofty goals, Battle Sports Science blends cutting-edge science with a keen understanding of the athlete. Of course, that old competitive spirit is fast at work in what we do too. Giving our best to be the best pushes our efforts and standards everyday. The result is something we’re very proud of, some of the finest sports safety equipment anywhere.

We count ourselves lucky to do what we do for the games we treasure. Our promise is the same for those who play for the love of the game and those who play to make a living…to continue to push the envelope to make sports safer in the days to come.

Only logged in customers who have purchased this product may leave a review.