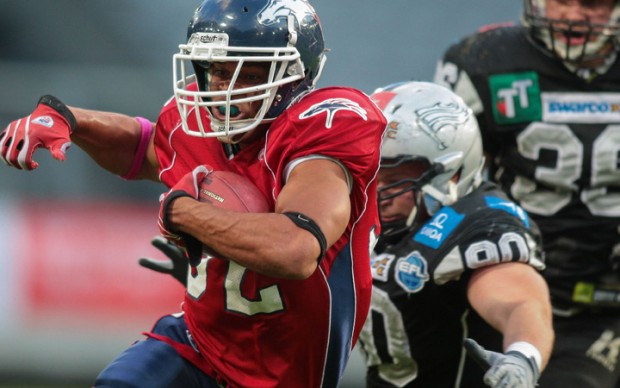 One of the primary steps that any team takes in order to create a professional environment is to sign an import player. Import players typically come from North America due to the higher level of play and the longer tradition with the game of American football, however in recent years many European teams have also begun to import players from other countries within Europe due to strict import rules. Regardless of their country of origin, talented import players can have a profoundly positive impact not only on generating more wins for your team, but also on the development of your organization as a whole.

While having import players can have a strong influence on your organization, that influence could unfortunately turn negative if you bring in the wrong player for your team. Just as it’s vital for a company to do the proper research before hiring a potential candidate, it’s equally imperative that teams do enough in the way of background checks before proceeding to offer a player a contract. We advocate for a cautious approach to signing new players, just as any professional sports organization would. Video, references, phone calls, and video calls are all essential steps in this process to identify any potential issues that can arise. Successful companies don’t hire people blindly, and neither should you.

With this issue presumably addressed, the value of an import player is undeniable. The player can have a positive effect not only on the team, but also on the local community, team management, and the league as a whole. Although there are a few dozen reasons to sign an import player, we’ve compiled a list of the very best.

Here are the top 10 reasons why you should sign an import player:

1. It increases the level of the team.

American football, like any sport, has a clear definition of success and failure: winning and losing. Your goal is to win now and win often, and you do so only with the best players and coaching available. An import player, if chosen correctly, will be the best player on your team. This improves the team from the top-down, adding an exceptional player to your squad while raising the standard for talent among all players. By practicing against superior talent, your players’ level increases and prepares them to face other import players of the same caliber.

In addition to improving the level of play, an import player also increases the versatility of your team. Perhaps you have a talented group of receivers but no one to get them the ball. Maybe your defense tackles well but can’t get any pressure on the quarterback. One quarterback or one defensive end can fix each of those problems, respectively. These elements add a new method of attack that challenges the opposing team and keeps them on their toes.

Most of all, these things lead to one primary objective: winning.

Football is a microcosm of life. The values you learn in the game of American football are important not only on the field but in life itself. One of the great things about the game is that it allows you to learn about other cultures. Football is an equal opportunity game where talent reigns supreme and social status is irrelevant, so it matters not where you came from, only how good you are. On the last team I played for, we had players from Belgium, the United States, Morocco, Canada, Hungary, Spain, Turkey, Italy, and Germany. You gain a new respect for other cultures by being in that environment, and it forces you to identify the things you have in common with one another as you work towards a shared goal.

Teams hold a lot of responsibility when developing their players. In addition to making great athletes, you’re also building better people. Think about how much your team can learn by bringing in a wide receiver from the United States, or an offensive lineman from the U.K., or a linebacker from Germany. Import players can provide a connection to a culture that your players may not have ever experienced if it weren’t for American football.

Since import players often come from countries where football has developed extensively, they typically have an above-average understanding of the game itself. This means that they can almost always contribute to the coaching staff. Signing an import player effectively allows you to fill multiple roles instead of just one. They can serve as a coach on the senior team as a player/coach or as a full-time coach on the youth team. The ability to bring in a player that not only plays at a high level but also coaches at a high level is invaluable.

Fans want to see first-class entertainment. That means a well-organized presentation and a high level of play. If you’re utilizing import players, the level of play can often increase dramatically and it becomes very compelling for spectators. But most importantly, it shows your fans that you’re a professional organization that’s committed to winning. Signing an import player means that you’ve stepped out of amateur status and stepped into the chase for a championship and/or promotion to a higher division. As stated previously, an import player increases your chances of winning, and your fans have a tendency to enjoy it when you win…

5. More commitment to the team.

If you’re struggling to get your full roster to every practice or game, you’re not alone. Almost every team in Europe struggles with this very problem. Amateur players have other responsibilities and interests – school, work, family, travel, or any combination of these. It’s nothing to be frustrated about, it’s just a fact of life. Import players, however, are in a completely different situation. They’re compensated by the team and contractually obligated to be at every practice and game. Import players, almost counterintuitively, are typically the most committed players on the team. They are professionals and take pride in what they do, which means they hold themselves to a higher standard. Since import players are paid and under most circumstances don’t hold conflicting jobs, they are guaranteed to always be there. You never have to worry about that position at practice or games, which alleviates a lot of stress from the coaching staff. Along with this commitment comes stability, and the best environment you can provide for your team is a stable one.

6. They motivate other players to come to practice and play harder.

When your team sees that you’ve signed an import player, it shows them that you’re committed to winning. Playing alongside an import player also creates further excitement amongst the team, which makes them want to be at practice consistently and give their best effort. Since there’s also a cultural exchange going on, it creates a very positive atmosphere on the team when they’re connecting with the import player and learning about where they come from. The more positive energy you can create around your team, the greater likelihood that it’ll invoke greater commitment among your players and a tighter bond with one another. Your players want to be a part of a team that’s professional, committed to winning, focused on developing them as an athlete, and fun to be a part of. An import player signifies all of these things, and the positive effect is enormous.

Import players are typically coming from a team where they were one of the top players and therefore were often leaders on their respective teams. It’s usually a natural transition for an import player to become a leader of their new team. Providing additional leadership for your team helps younger, less experienced players adapt to their new environment. Especially with newer organizations, this is vital. If you have a lot of players coming up from the youth team to the senior team, it’s imperative that you provide them with a strong foundation of leadership. Import players are great way of setting that foundation.

8. They fill a positional gap for your team.

Did your left tackle suddenly face an injury before the season started? Is your running back playing out of position because there’s no one else to do the job? Is your middle linebacker retiring to spend more time with his family? All of these are common problems that teams face every year. Whatever the reason is, an import player can fill the gap not only adequately, but at a very high level. Instead of a weakness, you’ve now turned it into a position of strength, which makes a massive difference in the quality of play. Your coaches no longer have to overcompensate in that area and instead have another weapon to unleash upon your opponents.

9. They can play multiple positions.

Import players are good. Very good. They’re often so good and have such a highly developed understanding of the game that they can play multiple positions on the field. Running backs and receivers can return kicks, and they can almost always play defensive back as well. Offensive linemen and tight ends can play on the defensive line, and vice versa. To be cost-effective, you can have one import play on both sides of the ball and be part of special teams. Perhaps you don’t want to take the risk of playing your star players so much, but if someone else goes down to injury then you at least have this option. It’s a great resource to have some versatility in this way. If you utilize your imports’ talent, versatility, and their coaching abilities, you’ve truly got a winning formula.

In the same way that an import player builds excitement among your team and your fan base, it also creates interest among current and potential sponsors. Professionalism is extremely important to sponsors: they want to see that their money isn’t going to a charity case, but rather a well-structured organization that’s committed to giving them a return on their investment. They also want to support a successful team, and the best thing you can do to make that happen is to sign import players. You can also introduce your imports to sponsors, creating a personal connection between the sponsor and the team. Import players can be featured in press kits, sponsorship decks, advertising, and more. The more you emphasize to sponsors that you’re a professional organization, the more likely they are to invest in your success.

What do you feel about this list? Did we leave anything off that you think deserves mentioning? Have you had a positive experience as an import player or as a player that’s played alongside one? Let us know in the comments section below.