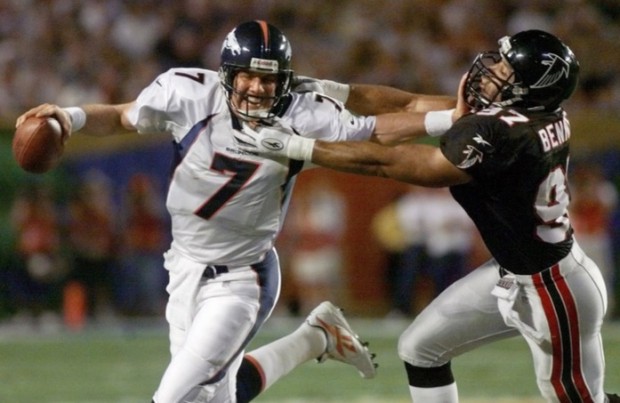 Former Colts and Rams general manager and personnel legend Don Klosterman may have put it best when he told former Giants general manager Ernie Accorsi, “Do not evaluate a quarterback the way you evaluate the other 21 positions. They’re playing a different sport. With a quarterback, it’s the things you can’t put down on paper that make all the difference.”

The quarterback is a unique position not just in football, but in all sports. It requires a physical skill set unlike any other, and most of all it requires a specific disposition which is rare in occurrence and difficult to quantify. As Klosterman said, “it’s the things you can’t put down on paper that make all the difference”. So what are these qualities that you can’t measure on paper?

Let’s start first with perhaps one of the more quantifiable measurements. In all the years I’ve played, coached, and been around the game of football, I’ve never met an unintelligent quarterback. There are players I’ve met or coached that didn’t have the highest grades in school, however academic marks are not necessarily the best indication of a person’s intelligence. Quarterbacks need to have the mental capacity to understand the schemes of an entire offense as well as the opposing defense. They need to understand the assignments of every offensive player on every play and read the defensive formation to identify strengths and weaknesses. Meanwhile, the quarterback needs to fulfill his assignment flawlessly for the play to have a chance of succeeding – whether it’s handing the ball off or throwing the ball downfield.

The closest thing that the NFL has to a measure of intelligence is something called the Wonderlic Cognitive Ability Test. Prior to the NFL Draft every year, NFL hopefuls are administered the Wonderlic test – a 12-minute, 50 question exam that assesses a player’s aptitude for learning and problem-solving. The average NFL player scores a 20 on the exam, while quarterbacks on average score a 24. However, some quarterbacks have achieved a much higher-than-average score, including Alex Smith (40), Eli Manning (39), Colin Kaepernick (38), Matt Stafford (38), Andrew Luck (37), Tony Romo (37), Aaron Rodgers (35), and Tom Brady (33). The top 20 quarterbacks in the NFL this year (evaluated by passer rating) have scored at least a 25 on the exam. One starting quarterback – Houston’s Ryan Fitzpatrick – has the 3rd highest score of all-time, registering a 48 on the test. It’s fair to say that intelligence is a major contributing factor to being a good quarterback.

Then you have the qualities that simply can’t be tested: character, leadership, supreme confidence, positive attitude, toughness, and resilience. The quarterback has to be the leader of his team at all times, he needs to take responsibility for team’s losses yet deflect responsibility for the team’s wins, and be the most committed player in the organization. If he gets hit hard, he needs to bounce back up. If he’s hurt, he needs to soldier on. He needs to believe that the team can win on any given day and share that vision with everyone. All of these qualities lead to one thing: your teammates have to believe in you.

From a physical standpoint, throwing accuracy is by far the most important, yet underrated attribute of a good quarterback. Many NFL scouts and general managers have made the mistake in the past of evaluating a player more on his physical appearance rather than his actual ability to play the position. Tim Tebow, a player who had all of the other intangibles that make a quarterback great, simply lacked the elite accuracy that is needed to play the position in the NFL. Conversely, quarterbacks like Drew Brees and Michael Vick have been able to overcome size limitations (both are about 6’0″/1.82m) due to their exceptional accuracy.

The next most important physical factor for a quarterback is the ability to read the field. The quarterback needs to read the pre-snap defensive coverage, anticipate the rush, and work through his progressions to find his open receiver. This is the biggest adjustment for most quarterbacks between the college and professional level, and most fail in this regard. At the college level, the game is a bit slower, receivers often enjoy a larger gap in talent against defensive backs, and the offensive and defensive systems are less complex. Quarterbacks with superior athleticism can usually dominate at this level, whereas the gap in talent at the professional level is minimal at best. Defensive backs cover their receivers better which means there is a smaller window to throw the ball through, the game moves much faster so there is less time to react, and the defensive linemen and linebackers are much bigger, stronger, and more athletic. A great example of a player who was by all means a good quarterback but simply couldn’t make this adjustment is Matt Leinart, the former Cardinals, Texans, and Raiders quarterback. Leinart excelled at the collegiate level at USC, winning two national championships while playing for Pete Carroll on one of the most talented college teams ever assembled. However in the NFL he simply couldn’t adjust to the speed of the game and had great difficulty finding the open man. His accuracy and leadership ability could only take him so far, and ultimately his career fizzled out after just a few years in the league. Guys like Tom Brady and Peyton Manning are simply the best at this – working through their progressions to find the open receiver. This is one of the attributes that separates the good quarterbacks from the great ones.

Footwork is another attribute that can set great quarterbacks apart from the rest. Drew Brees has superior footwork, which gives him more range in the pocket than most quarterbacks. Former quarterbacks Drew Bledsoe and Ryan Leaf (who both coincidentally went to Washington State) were notorious for having poor footwork. This impeded both quarterbacks to varying degrees at different points in their careers.

Arm strength is also a major contributing factor, but not the most important. Quarterbacks such as Peyton Manning and Alex Smith excel in spite of mediocre arm strength, whereas Jay Cutler and Matthew Stafford have only experienced moderate success in spite of having elite level arm strength. Good players can negate this with consistent mechanics, good footwork, and hip rotation. It can be a valuable asset, but lacking arm strength is certainly something that can be overcome.

A quarterback’s size and stature is important, but a quarterback can be either too short or too tall, too heavy or too light. Almost every quarterback in the NFL is between 6’0″ and 6’6″ (1.82m-1.98m) and 205 to 245 lbs (94kg-111kg). If a quarterback fits within these ranges, he’s physically the right size to play in the NFL. Being too short makes it more difficult to see over your offensive line, while being too tall makes you more lanky and less agile. Being too light can limit your strength and physical durability, and being too heavy can make you less mobile. Each of these measures can be overcome, however a quarterback of atypical size would likely need to compensate in some other way, i.e. arm strength, foot work, accuracy, etc.

Lastly, you have running ability, which is just as much of an asset as it is an impediment. It’s extremely valuable in the short term and a great weapon to have in your arsenal, but running too often creates extraordinary risk. The quarterback is on most occasions your most important player, so calling designed running plays for him or forcing him to scramble is like playing with fire – eventually you’ll get burned.

In spite of all these physical characteristics, the mental attributes of a quarterback still outweigh these factors. If there was any doubt about this, just consider the following quarterbacks and their respective careers: Tom Brady, Peyton Manning, Jay Cutler, and Michael Vick. A case could be made that Cutler and Vick are the most talented quarterbacks in the league. Yet between them, they have played in zero Super Bowls and have only 5 playoff appearances between them (Cutler only has one). Brady and Manning have played in a combined 8 Super Bowls (including 3 wins for Brady and 1 for Manning) and have made the playoffs 24 times (with 2 more appearances coming this year). Why have Manning and Brady been far more successful than Cutler and Vick? One word: character. Their teammates believe in them, look up to them, and know that they’ll always battle on every play. When the game is on the line, they trust their quarterback to come through. Conversely, Cutler has developed a reputation for pouting, poor decision making on the field, and has often lacked enthusiasm, while Vick has been criticized for many years for his lack of commitment, poor discipline, and arrogance. These factors have greatly separated Brady and Manning from both Vick and Cutler, in spite of the latter’s superior athletic ability.

When any player makes it to the NFL, it’s clear that they possess the physical attributes to make it in the league. However, with the quarterback position it’s the intangible things that make the greatest difference and separate elite players from average ones. The greatest quarterbacks to ever play the game have not necessarily been the most talented – it’s their character that sets them apart.

Hopefully this has helped increase your understanding of the value of the quarterback position. Do you have anything to add to this? How does your assessment compare? Let us know in the comments section below.