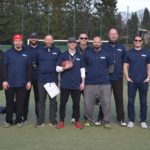 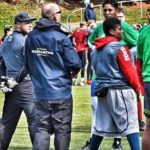 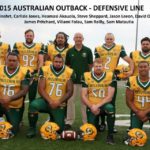 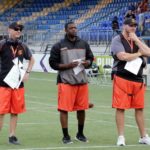 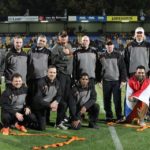 Rotterdam Ravens: Steve Sheppard accepted the offensive coordinator role for the newly formed Rotterdam Ravens in the Netherlands, a women’s team that forms part of the Queen’s Football League (QFL).

Dutch National Team: Sheppard served as special teams coordinator for the Dutch Lions from 2015-2017, his 3rd different role with the team. He previously served as defensive coordinator/defensive line coach and running backs coach from 2013-2015 and 2002-2004, respectively.

Dresden Monarchs: Sheppard assumed the role of offensive line coach for the Dresden Monarchs of the GFL, Germany’s top division for American football.

Australian National Team: Served as defensive line coach and special teams coordinator in 2015 when the team competing in the world championships in Canton, Ohio.

Delft Dragons: He coached in two different roles for the Dragons, first as defensive coordinator from 2001-2002 and ultimately as head coach of the men’s team from 2003-2005. The Dragons competed in the Dutch league.

Norwich Devils: Steve Sheppard began his coaching career as the defensive coordinator for the Norwich Devils youth team in the U.K. from 1994-1996.

•Sheppard: “Collaboration starts with vision and a plan”