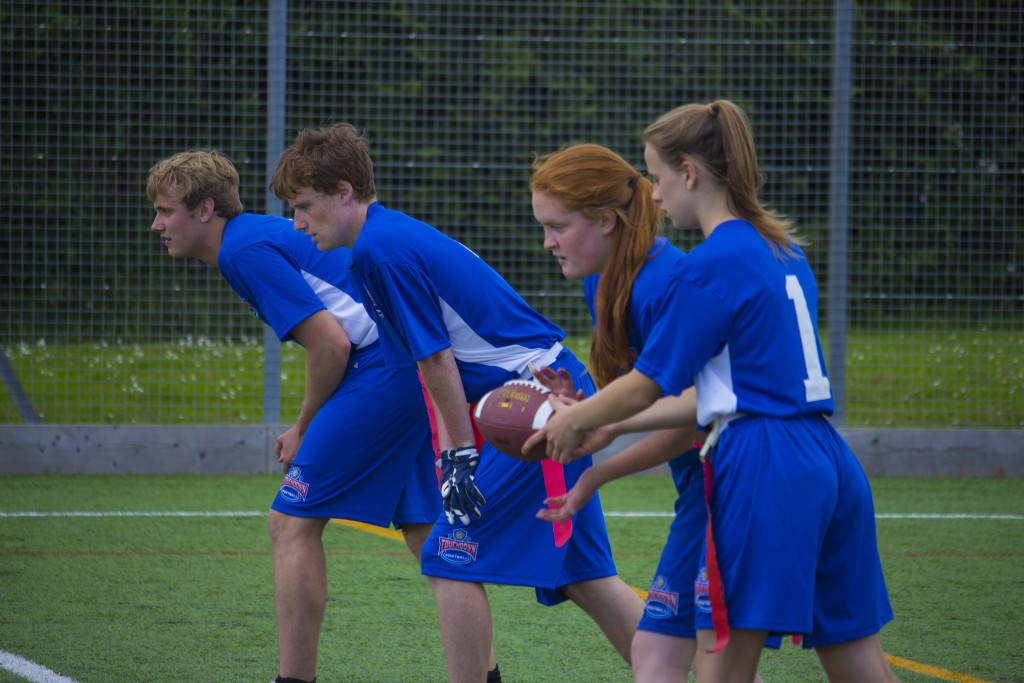 American football is featured in England’s School Games for the first time this year.

The roots of American football in England date all the way back to World War II. U.S. and Canadian troops stationed throughout Europe would meet in the United Kingdom regularly to compete in rivalry matches throughout the war.

These contests were met with positive reception from the British locals. In the two largest events, pitting the Americans against the Canadians, crowds of up to 50,000 fans filed into White City Stadium to catch a glimpse of the foreign sport.

Due to the lack of coverage of professional games, interest waned in the U.K. The number of teams decreased and the quality of play dropped significantly. Then, in the early 2000’s, NFL broadcasts were reintroduced to the English market, reviving passion for the game. Ever since, football has grown uninterruptedly, with various leagues forming and involvement skyrocketing.

Today England is home to over 400 men’s adult teams which include National League Clubs and BUCS University League teams, as well as many other youth, women’s, and flag teams. Additionally, this year marks the 10th season of the NFL International Series with two games being played in Wembley Stadium and the first-ever played in Twickenham Stadium (the home of English rugby). Football’s undoubtedly here to stay in England.

With all of the promise surrounding the development of the game at the senior-level and the excitement generated around the NFL abroad, the British American Football Association (BAFA) is spearheading some of the largest youth football growth efforts in the sport’s history in the U.K. Led by Manager Rob Rooksby, BAFA is pioneering both the new Touchdown Football Program and, for the first time this fall, the sport’s inclusion into England’s School Games.

Rooksby, a psychology teacher, became fascinated by American football while watching Super Bowl XLIV. After some research on teams like the 1985 Chicago Bears and some perceptive thinking, he developed an understanding that the sport would be a perfect fit for English schools. 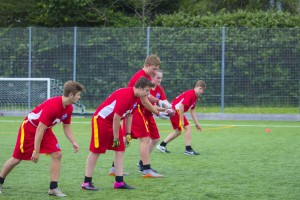 “The sport has such a strong element of ‘fair-play’, an accent on academic performance, and a moral and spiritual drive for self-improvement. It seemed to me to be the most quintessentially British of British sports.” Rooksby explained.

In 2011, Rooksby was awarded a grant from Sport England, receiving £10,000 in funding. As the first genuine ‘start-up school’, it caught BAFA’s attention. After discussions with BAFA, Rooksby decided to make his program developmental, rather than competition-led. The experiment was a resounding success.

“The impact that it had on the kids was quickly apparent,” Rooksby noted. “They discovered passion and abilities that they never knew they had. It was both exciting and rewarding for me and seemed to indicate that my confidence in the sport was not misplaced.”

Though American football has never been able to gain a strong foothold in English schools, BAFA was interested in Rooksby’s success at his school, which included an additional £75,000 bid from Sport England for new artificial turf with sports lights and the first permanently marked 5v5 field in the U.K.. Talks escalated and Rooksby, enthralled by the idea of bringing the game to schools on a national level, retired from his teaching position to accept a voluntary, full-time position with BAFA to help deliver its national strategy.

In the summer of 2015, Rooksby got to work on developing the Touchdown Football Program with a simple, three-pronged approach: equipping teachers with new skills using a resource-based training day, the Touchdown Challenge of ‘Student, Person, Player’, and an ‘Individual Student Performance Tracker’ that charts a student’s ability to perform combine drills.

Thanks to a chance conversation while attending a meeting of the National Council for School Sport, Rooksby landed an appointment at the Youth Sport Trust headquarters and was able to pitch his Touchdown Football Program. This aligned well with the Trust’s mission and, with the recognition that American Football is in a state of development, it was ready to enter the School Games. In January of this year, Sport England gave its permission and American football was officially approved for inclusion in the School Games. Due to internal reviews however, Rooksby had to keep the news silent and was unable to publicize the program. Finally, after nine months of working in secret on the resources, leadership pathways, and support networks, the program was launched in schools in September.

The School Games are a fully inclusive competition and physical activity program for school children in England based on the Trust’s philosophy of ‘Well-being, Achievement and Leadership’. The School Games include competition in different formats and ensure that all children can take part in competitive sports regardless of their level of experience or ability. Students compete on four different levels –  ranging from intra-school to national level.

The School Games were first started by the Youth Sport Trust with funding Sainsbury’s, a shopping chain in the U.K. In 2006, the program received £10 million in support. Based on early successes and changes in the source of its funding, the Youth Sport Trust now receives £280 million in Lottery, Sport England, and government funding to deliver the School Games. A paid workforce of over 450 School Games organizers help support the different levels of competition.

Because the program is competition-based, it is seen by many as a “pathway” to Team Great Britain, as many of the British medal-winning athletes from the Rio games came through the School Games. The School Games now offer sports to 21,500 registered schools from 41 different national governing bodies. For youth American Football, inclusion in the School Games is a historic opportunity for long-term, sustainable growth.

“The School Games offers the biggest opportunity to elevate youth football to a mass participation level,” Rooksby described. “Its inclusion in the School Games has already given it the profile of a ‘proper’ school sport.” 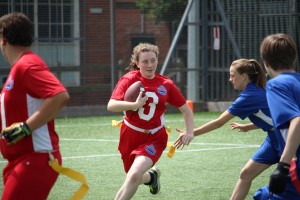 In order to facilitate the learning of the game and assist teachers whom likely have limited experience with the sport, BAFA provided a plethora of resources on their website to explain the rules, versions of the game, and techniques. The game is modified into a non-contact 3v3 mini-game format for primary schools (which is proving to be popular amongst primary school teachers) and a 5v5 non-contact version (with a kick-off and 4th down field goal attempts) for secondary school students. Additionally, there are skills’ challenges, such as throwing and kicking competitions, to round-out the program.

So far, all indications have been favorable for the reception of the new sport. The NFL is a supporting and promotional partner for the initiative, allowing BAFA to use the NFL shield on the main School Games materials. The first term’s participation figures have yet to be released, but there are several indications that the youth of England seem to be gravitating towards American football.

“It is new, different, and exciting. It can also be challenging and quite difficult to master,” Rooksby observed. “For many youngsters, they discover something in themselves that they never knew existed. But overall, they love it because it’s just so much fun.”

Getting young athletes involved and exposed to the game as early as possible is the most sure-fire way to create football advocates for life. Here at The Growth of a Game, we support BAFA’s efforts to do so in England and wish them the best of luck as they continue their mission to grow this sport that we all love.

D.J. Podgorny is a junior contributor and account executive for The Growth of a Game and Premier Class Consulting. He is based in San Jose, California. Originally from the Chicago suburbs, D.J. graduated with a Bachelor’s Degree in Mechanical Engineering from the University of Illinois with a minor in Business. He has been involved in the game of football as a fan, player, manager, coach and, most recently, a journalist.