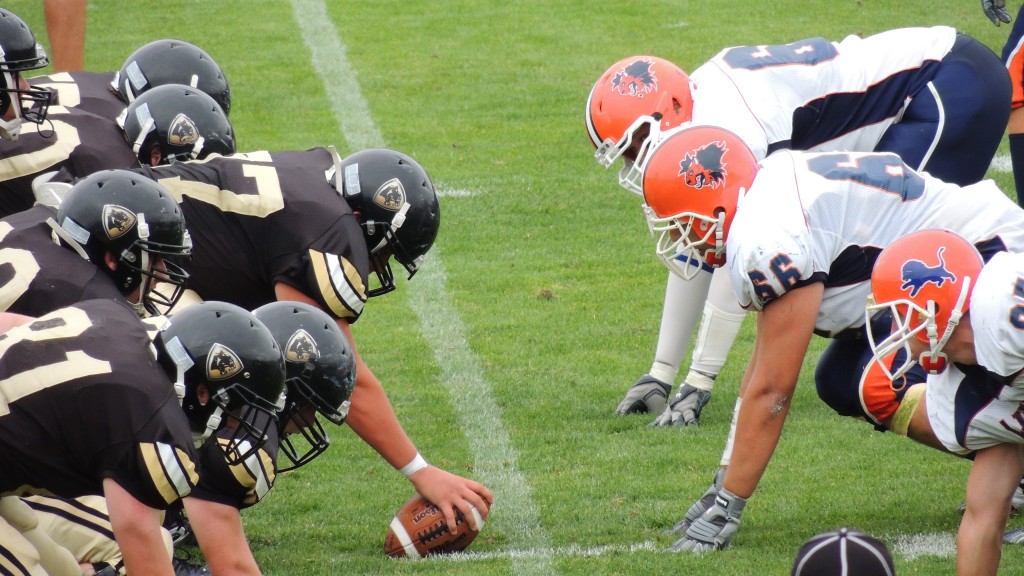 American football and rugby share so many traits that more fans should pay attention to the connections between the two. Aside from the physical and mental similarities, the two sports share many structural similarities as well. That is why, as American football continues to grow at an incredible rate across Europe, it should look to rugby, the last to grow at such a rate, in order to see how it managed to pave its own way.

American football faces a lot of difficulties trying to penetrate an already saturated sporting market, however rugby’s success has proven that it is not only possible to break into, but that it can also be sustainable. Rugby has already overcome many of the obstacles that American football will have to confront. Both sports require significant playing, coaching, and training resources and also carry their own cultural barriers to entry. In Ireland, rugby was seen as a foreign sport to such a degree that it was prohibited from the country’s largest stadium until 2004. Despite these obstacles, Rugby has thrived since turning professional over 20 years ago, making it an interesting case study for American football advocates to learn form.

Like American football, rugby has different levels of popularity throughout the continent, but there has always been money to be made from international competition. Not only have the Four Nations been competing for over 100 years, each team that has been included to the competition (France in 1940 and Italy in 1999) has shown a marked increase in domestic popularity and quality of play. Rugby has shown us that not only is there is room for annual international tournaments for high contact sports throughout the continent, but also that that organizing them can massively facilitate the growth of the

There is money in the international spectacle

Despite its European origins, Europe wasn’t where rugby really started gaining major popularity. As such, by the time there was money injected into the European game there was an elite playing force thriving on the opposite end of the globe. It was the three southern hemisphere giants in New Zealand, South Africa, and Australia that latched onto the sport moreso than any other countries. However, they make an interesting comparison to the United States, where Americans became the powerhouse in the sport. In both cases, Europe found itself trying to compete against nations with greater resources dedicated to these sports, a larger talent pool, and a much higher standard of play. Yet rugby has shown that European nations can use these things to their advantage in sports development.

For example, the British and Irish Lions and Barbarians matches thrive despite realistically being nothing more than novelty games. Both “All-Star” teams sell out venues because of the unique nature of the competition. In essence, these fixtures fill the role of the traditional warm-up games that take place in most sports, so they are likely to continue on in their current forms. American football advocates can learn from the methods in which these games are branded and marketed. These competitions are very useful tools for player development and can also create revenue and exposure for the sport.

At the moment in Europe, there are high-quality American football leagues and there are those that are still in the developmental phase. It’s a similar situation to the one that rugby found itself in throughout the late 1990’s when several leagues turned professional. England and France were capable of producing enough quality teams to sustain decent leagues so that’s exactly what they did. These leagues created their own appealing narratives which allowed for the domestic growth of the product.  Yet while this was a good thing for England and France, it did little for the domestic growth of smaller nations. England and France set the minimum standard in Europe for what could be considered a quality team, while nations with smaller player simply could not create enough quality teams to provide adequate competition. In order for the smaller nations to grow, they relied on two tiers of European club competition.

When rugby turned professional and the smaller nations of Scotland, Wales, Ireland, and Italy realized that they could not compete on a club level with England and France, these countries formed what was then called the Guinness league. It created a platform for each country to submit a smaller number of teams so that each team could grow its fan base and quality of play. Since the league’s creation it has grown in size, marketability, and prestige.

While the international Guinness league was seen as an inferior level of rugby, the European cup became one of the most hotly anticipated sporting events in Europe. Very much like the NFL in structure  with only a small number of pool games followed by a knockout competition to crown the champion, it became the real benchmark for defining a quality team.

What the NFL can learn from this is that there is a true thirst for sporting competition across the continent and that it can be utilized not only on the small and mid levels to expand the game, but also on the elite level to create exciting competition which also serves to make the game more popular.

Refereeing is placed on a pedestal

I’ve never seen a rugby official disrespected at any level. It’s actually one of the most appealing aspects of the sport. Rugby has always been very protective of its referees, ensuring that there is a zero tolerance policy towards how they are treated by players as well as fans. Rugby has also been keen to make sure that its referees are up to the highest of standards with each ref being awarded prestige depending and how highly they are ranked on their ability to control a game. This ensures that the most important games are always officiated by the best referees, making sure that the result of a game is decided by the skill of the players completing as opposed to the lack of skill shown by the referee. Rugby has also been trend-setting with various technological advances over the last few decades. While few of these examples directly relate to or are transferable to American football, it should be noted that rugby managed to break into the international sporting market in a way that most American sports have been unable to. That rugby has such a respectful attitude toward is something that American football would do well to pay attention to.

It seems apparent at this stage that rugby is not going away anytime soon, and if the European version of American football wants to find itself in a similar situation then it could do an awful lot worse than to follow in rugby’s footsteps. The good thing is that American football is already in a very good place to do so. There has been significant growth in the number of international American football teams which means that the sport is in good position to start setting up the international competitions that became the cornerstone of rugby’s popularity. Not only that but also the standard of the sport has risen across the continent to the point where international club competition is feasible. This is without even discussing any interaction with the NFL.

The time has come to stop looking at rugby as an inferior sport that we need to compete with and instead treat it as a comparable sport with which American football can coexist and cooperate with.

Darren Gleeson is a guest contributor from Limerick, Ireland. Darren is a graduate from the University of Limerick where he studies Media & Literature. A self-styled sporting philosopher, Darren converted to American football from rugby and is entering his 6th year playing with the University of Limerick Vikings. Darren is an offensive and defensive lineman, as well as fan of the Los Angeles Rams.