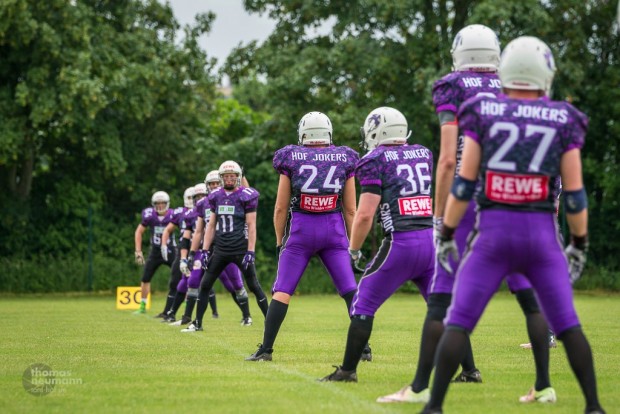 As seen in this series’ last article, economic analysis models are a simple and useful tool for evaluating your football club’s situation and determining factors that are vital to improving your organization.

In this article, we will look at a quantitative valuation method that can be used as a tool for comparing certain options and determining which is the most viable.

The scoring model is used as a supplement to determine the best decision possible in a complex problem. In addition to offering various proposed solutions, it evaluates them and generates the preferable outcome.

A scoring model is built in the following four steps:

Step 1: Determination of evaluation criteria
Step 2: Weighting of the criteria (with a sum equal to 100%)
Step 3: Evaluation of criteria based on a scale from 1 to 10
Step 4: Selection of segments that meet a predetermined minimum standard or the best result (based on the sum of partial evaluations)

Using this structure, we can apply this model in a football context. As is the case with other analysis models, this tool can be used in different aspects, such as evaluating players at the same position, as well as how this analysis can help in determining the best position for beginners.

In the first example, we will look at a hypothetical quarterback competition. Using the scoring method, we will select which factors are important for this position and determine which of the two players is the best option for our offensive system.

The first step in utilizing the scoring model is to determine the evaluation criteria for the chart. Because the criteria will be weighted in a later step, less is more. A very important criterion can lose its importance if there are too many other factors involved in the analysis.

In this example, six different factors were chosen to help demonstrate the model’s efficacy. Please note: these criteria, along with the subsequent weighting, are subjective and should not be viewed as a blueprint for determining a quarterback’s skill set.

In this case, we have both an experienced pocket passer with a limited level of athletic skill (Player A) and a dynamic scrambling quarterback with huge athletic upside, but limited experience (Player B). In order to properly weight the criteria, we assume that our offensive playbook relies on quick reads, as well as “traditional” quarterback play. To better understand the sequence of the aforementioned steps, the corresponding steps are color coded below:

Following this analysis, we can draw several conclusions. First and foremost, Player A, although scoring less overall points than Player B, should be considered as the current starter due to this evaluation criteria. However, this is not the only important discovery from this analysis. The table also shows that Player B has the bigger upside, as he possesses more athletic ability and, with good coaching, can improve in the areas that are most important in this system. On a long-term basis, the coaching staff should work towards developing Player B into the starter, as he gives his team the best chances of succeeding.

A mentor-apprentice relationship could be a solution for this situation: Player B could sit behind Player A and learn all of the intangible aspects of the game. By doing so, he can eventually overtake the starting role once Player A’s skill set diminishes or he reaches retirement. Additionally, Player A should agree to help his teammate learn the system, with the understanding that, at a point in the foreseeable future, he will have to give up his starting role for the newcomer.

Another application of the scoring model is to determine a player’s skill set in specific game situations. We can use the scoring model to look at the player’s assignments during these plays and identify role players for certain scenarios. Moreover, this analysis is powerful for setting up the special teams units, as it can facilitate the comparison of players from completely different position groups.

As mentioned in Step 4 of the model’s structure, a segment might not only be chosen because it has the highest result, but also because it meets a minimum standard. This can be used in assigning rookies to their new positions. Based on the general athletic skill set, we can now look at which positions are best suited for specific players by adjusting the weighting for each corresponding position.

In the example below, we have three players that all have similar body measurements, along with an equal level of football knowledge and experience. They are differentiated solely by their athletic skill sets. Here, we look at the positions of wide receiver and cornerback, setting the minimum standard to a value of 6.0. Every player over this value can be considered for the position. Anyone below this standard will not be qualified for the position and the coaches will have to find another position for the rookie. Note: the criterion “area of need” will not be considered for the purpose of this example as we will assume that there are already enough players on the roster.

First, we will look at which player, based on his skills, is the best fit for playing wide receiver:

Again, it is discovered that the person with the most overall level of skill is not always the best option for a certain spot. Player B, although receiving the most points in the analysis, does not possess the particular skills necessary for playing wide receiver. At the same time, the player with the lowest result overall is best suited for the receiver position.

Next, we will look at the requirements for playing cornerback. For this, we will maintain the previous criteria, but change the corresponding weighting. The results are as follows:

If a coaching staff feels that the minimum standard’s value is too arbitrary, it can reverse the process of the analysis. To do so, write down every criterion that is important in the game of football. Then, evaluate the players on each of these criteria, in order to quantify an overall level of skill. Next, apply the scoring model for every position. The result will be a ranking that shows which players are the most qualified for a certain position. This method of thinking can also be used to establish a depth chart.

In the end, this scoring model cannot be the only factor in determining a player’s position or depth chart ranking. There are many factors outside of using purely quantifiable metrics that lead to these decisions. More often than not, the intangible values a players brings to the table are what will ultimately enable him to have an impact. But, when used properly, this model can greatly improve player evaluation and serve as a supplement to the decision making process.