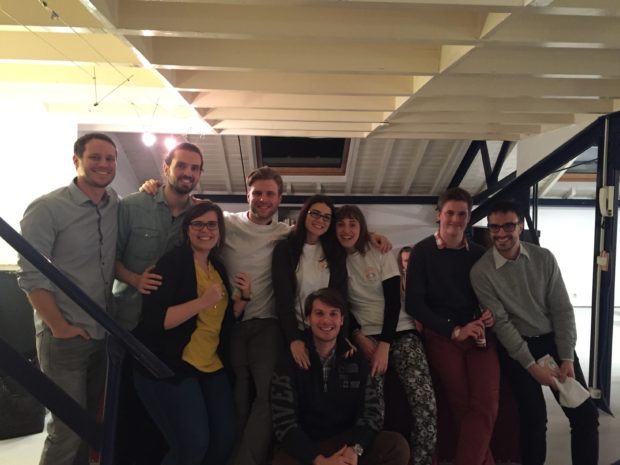 December 17th, 2017 marked the third anniversary of my first introduction to Travis Brody and The Growth of a Game. When I first stumbled upon Travis’ articles, I immediately saw the potential of translating them for the Italian football community in order to provide them with articles in their native language. I then e-mailed Travis to let him know that I would like to contribute and be a part of the team. I’m a Specialized Translation graduate from one of the best translation programs in Italy, and I was confident that my experience as a translator as well as my past experience as a football player, coach, and manager could help The Growth of a Game achieve its goals of growing American football in Europe. After exchanging a series of e-mails and a few Skype conversations to discuss the value of offering translated articles, Travis and I agreed that the idea was one worth pursuing.

From this point on, I immediately started translating articles and have continued to translate dozens of articles for the Growth of a Game over the past few years. Travis put me in touch with Valentina Ferrara, my editor, whose job is to proofread and check for accuracy in my translations. We’ve been working together for almost three years now, and her help has been invaluable. I have really enjoyed the professional relationship we have built over time and we have both gained a great benefit in being able to learn from one another. My own personal translation skills have also benefited from the constant influx of new articles coming out all the time, giving me the opportunity for consistent practice and feedback.

I’m proud to offer my services as a translator for The Growth of a Game for many reasons. First of all, I think that American football needs a company that cares about developing the sport further in Europe. Involving a dedicated organization in the effort to grow the sport allows for individuals to unite together to achieve their goals in a way that would not have otherwise been possible alone. Secondly, I think that the information within the articles can help the Italian football community grow and solve some of the many problems they encounter and often struggle to overcome. Reading The Growth of a Game’s articles can give teams, players, and coaches an opportunity to gain knowledge regarding the skill and technique required to successfully play the game. The articles also highlight how to access the equipment needed to participate and the available sources that are out there to connect advocates with one another.

Furthermore, and perhaps most importantly, is that we live in a country – and frankly a continent – where the landscape for sport is dominated not by American football, but by its European counterpart, often to the extent that it is at the expense of other disciplines. The articles can work to combat this monopoly and bring about more exposure and awareness to the sport of American football and the large community of supporters as a whole. They have the power to help circumvent American football being viewed as a niche sport in Europe, and to open a portal for the sport to gain more recognition and a greater following. Offering articles in multiple languages allows different segments of the population that would not have otherwise been capable of understanding the English articles to be informed and develop interest in the sport. Every article I translate I share through my own social media networks and contacts. This allows my community of Italians to view and to benefit from the information and for me to benefit personally from the exposure of the work I have done.

Moreover, translating these articles for The Growth of a Game is a chance to give back to the sport that gave, and is still giving, so much to me. I’ve been involved in football since 2002 when I founded a team in my hometown of Imola, Italy. At that time, I didn’t know where to start. I contacted a man who had played for the Cobra Imola team – a team that had played American football in my hometown at the end of the 1980’s. He chose to help me in my pursuit of growing the team and ultimately became the head coach of that team. He served as a mentor to me and taught the entire team what it means to be a real American football player and not someone who just wears the helmet and shoulder pads. He brought a “never quit” attitude and instilled this in all of us – so much so that I still apply this mentality in everything I do in life and in my football career. It took a long time to become the eleven-man team that the Imola Ravens are now, but we believed in the process. We started out as a five-man tackle team, and after five years we were able to field a nine-man team. Later on, we had some bumps in the road, but we didn’t lose our dedication to the game. We decided to set the Senior team aside in favor of the Junior program. The move was a bit risky, but it has paid off. Thanks to the players we recruited from the Junior program, the Imola Ravens can now confidently field an eleven-man team. Each individual on this team has gained something of value from this sport, both physically and mentally.

Everyone who contributes to help grow this game has a voice and benefits from being able to share their viewpoints and experiences. There are multiple events and opportunities that I was able to be involved in and benefit from because I contribute to The Growth of a Game. Travis organizes a yearly anniversary party for The Growth of a Game Team at the organization’s headquarters in Brussels. At this event, I was able to have the chance to share my opinions with the group in person and to gain perspective from their insights. In addition, we had the chance to get to know each other better and have some fun! I’ve also had the pleasure of attending the 2016 Bergamo Skills Camp that The Growth of a Game held in Bergamo, Italy. This gave me the opportunity to gain a firsthand view of the quality of the coaches who are involved with The Growth of a Game, and the passion that they have for improving American football in Europe. On that occasion, I also was able to bring some of my teammates and coaches to the camp, and they all learned something that they could use on the field.

As far as my story goes, I started off as a player, then, as my career progressed and changes occurred on my team, I began to coach. When our team president resigned, I took the reins of the team I founded. Now I’m back to solely coaching again, and was given the opportunity to share my desire of expanding the sport that I love through translating for The Growth of a Game. I wouldn’t trade all of these years involved in the sport of American football for anything in the world, because football gave me lifelong friends and memories. Everyone has their own story for why they help The Growth of a Game, this is just mine. When I first got in touch with Travis, The Growth of a Game was just at the beginning. Now people from all over the world have joined the team, and it’s a pleasure to work with so many people all coming from different backgrounds who share the same goal. Little contributions can result in huge benefits to others, sometimes for yourself, and most importantly for a greater purpose. Growing the game of American football in Europe might take some time, but we’re all here to make it happen!

Enrico Brazzi is an Italian translator and contributor from Imola, Italy. In 2002, at the age of 16, he established the Imola Hawkies (now Imola Ravens) to bring American football back to his hometown. He was the starting quarterback for the Ravens from 2002 to 2014, meanwhile coaching their Junior teams from 2008 to 2012. He currently lives in London, England.