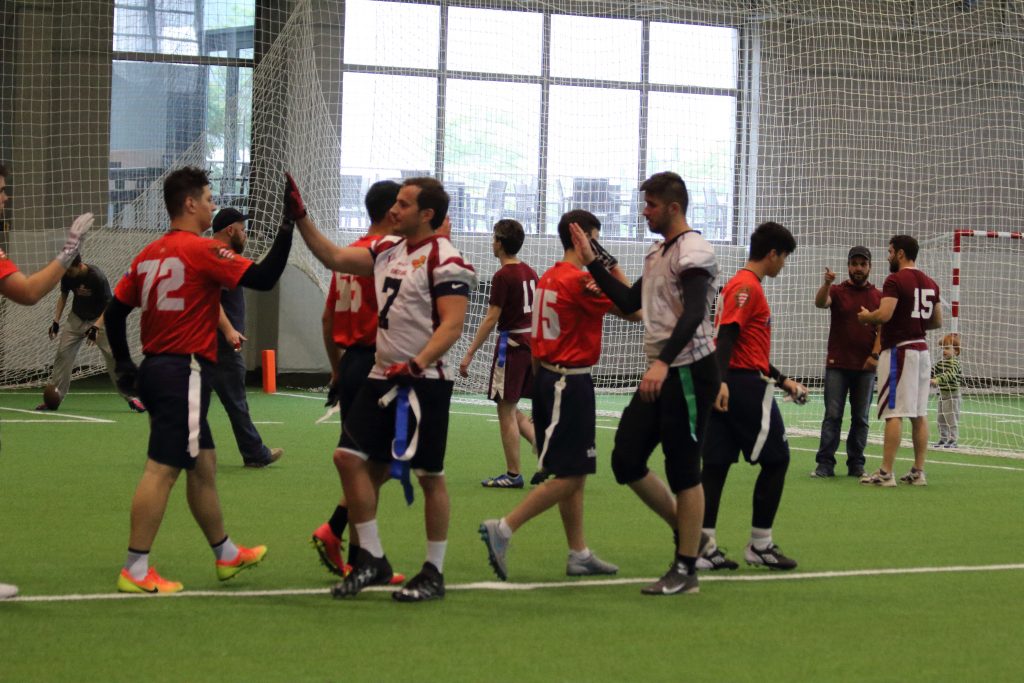 The Sarajevo Spartans and the Dubrovnik Sharks competing against each other at a game held in Mostar.

In May 2017, Mostar served as the host for an American football game between the Sarajevo Spartans and the Dubrovnik Sharks. The game was a demonstration of the desire to combat any remaining tensions in the region, and attendance at this event allowed players to contribute directly to the increased unity between Balkan nations. Born out of a game between two teams from opposite ends of the region, the Mostar Eagles were formed to represent this historic area.

Mostar is a city in southern Bosnia and Herzegovina that is renowned for its iconic bridge – the Stari Most (Old Bridge). This reconstructed medieval arched bridge has a history that rivals that of the most illustrious monuments in Europe. It was originally constructed by renowned architect Sinan, but was destroyed via air strikes during the Bosnian War. Through combined efforts with the international community, a rebuilding of The Old Bridge was completed in 2004 – almost 11 years after its destruction – using some of the original pieces recovered from the Neretva river.

Mostar has a reputation for being one of the most ethnically diverse cities in the country, yet it has historically been hyper-segregated amongst various ethnic groups. The reconstruction of the Stari Most bridge is considered to be one of the most prominent signs of reconciliation, international cooperation, and coexistence among diverse cultural, ethnic, and religious communities in the region.

However, healing of past conflict is not something that can be immediately overcome through architecture. Much tension still exists in the area, as many of Mostar’s residents will openly express. In a country with a sufficient amount of tourism, the population still struggles with limited opportunity and financial support. Despite these obstacles, the people appear to be a nation of strong-minded individuals driven upon their goals.

In order for a sport to have a shot at government support within a former Yugoslavian country, an athletic federation must be formed. In Bosnia and Herzegovina, three registered teams are required in order to establish a Bosnian Federation of American football, and with this goal in mind the Sarajevo Spartans set out to expand the number of American football teams within their country.

With the objective of finding a few players who could establish a team in Mostar, the Spartans had the idea to play a friendly game with the Dubrovnik Sharks in the city. Mostar lies halfway between Dubrovnik (Croatia) and Sarajevo (Bosnia), so it was a natural fit to host a game there. This idea itself was unprecedented though, as this game would not only lay the path for a new team but it would also be an unparalleled first step toward putting politics in the past. Marko Miletić, president of the Dubrovnik Sharks, believed wholeheartedly in the overall objectives. “This game, and football in general, has been a great way to break barriers between political debates and religious conflicts between Christians, Muslims, and Orthodox. I was really proud to be part of this.”

Eldar Balta, the president of the Sarajevo Spartans, has made huge strides for his team since his last interview with us. He is closer than ever to forming a Bosnian federation of American football, which he hopes to accomplish in the near future. After the Bijeljina Lavovi, Tuzla Saltminers, and the Sarajevo Spartans, the Mostar Eagles will be the fourth addition to the country.

The Mostar Eagles are and will be facing the same struggles that all new teams face in the Balkans – lack of Football players in Bosnia are just learning to walk, so they need someone to get them into the game and show them how to play, which the teams in the region are fortunately willing to do to support one another.”

The Eagles are highly appreciative of the encouragement they’ve received from the Spartans. The Spartans even go out of their way at least once a month to come teach the Eagles new strategies of the game.

The Mostar Eagles team is currently made up of just a handful of individuals, many of whom found their love for football within the same venue as most of those in Europe – through watching NFL players and emulating what they saw on TV with their friends. These pioneers have ambitious goals for the team and are encouraged by the support from their city, as well as other nearby towns. Alica Oglić and Tomislav Pavić of the Mostar Eagles stated that their admiration for American football started at a young age, initially through watching NFL games and eventually turning into an opportunity to be part of a real team in their home town. Most of all, the sport gives them a chance to escape politics and just relax.

Oglić, Co-President and one of the founding members of the Eagles has a step-by-step plan for the immediate future. “First and foremost, we plan to officially register as a team in the near future. Next, we want to help form a Bosnian Federation and become a part of it. Ultimately, in addition to playing Bosnian teams, we would also welcome the opportunity to play against teams from Serbia, Croatia, and other surrounding countries.” Pavić adds that since the team will likely require government support, and that government support tends to align with sports that have a long tradition in the region, over time they plan to make American football a tradition in the town of Mostar.”

It is well-known that American football, much like any sport, requires teamwork and collaboration, and that these ideals can have positive outcomes for all involved. However, when one game can provide a clear demonstration of a society’s willingness to heal from past conflict and can serve as an venue for reconciliation in a divided town, it makes one see just how unique the sport of American football is.

As mentioned previously, Mostar’s Stari Most bridge is by far the most renowned symbol of reconciliation in the area. Yet in this instance, it was American football that served as the bridge to a more tolerant future.

I want to thank the following individuals for their time, thoughts, and willingness to contribute to the material portrayed in this article: 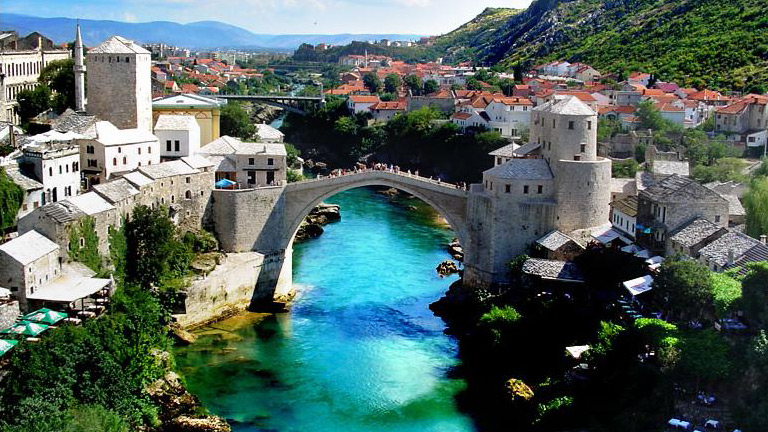 Visitors on the Stari Most bridge in Mostar after its reconstruction in 2004.