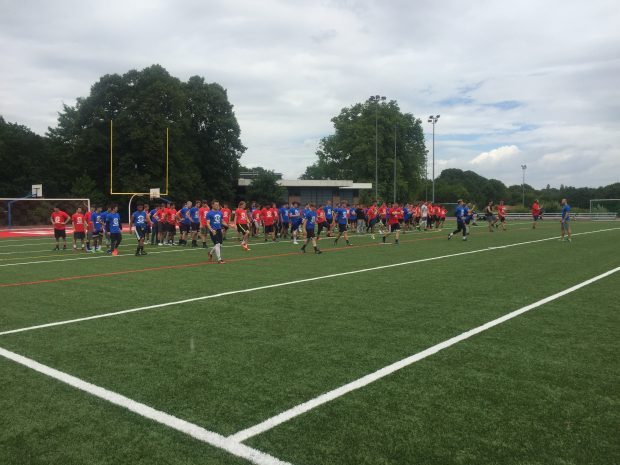 Players warming up on the first day of the 2017 Brussels Skills Camp.

The Growth of a Game hosted its largest and longest American football development camp ever from July 3rd-7th, 2017 in Belgium at the International School of Brussels. During this week long camp, The Growth of a Game hosted over 130 participants from 11 different countries. This was also the organization’s youngest camp — with the age of participation ranging from 14-19 years old.

The week began with a Sunday evening coaches’ clinic led by Matt Dias, defensive coordinator for the Wyszków Rhinos in Poland. Seven excellent coaches came from multiple countries across Europe to convey their expertise to the young aspiring athletes participating in the camp.

The players arrived on Monday prepared to work hard and show what they were made of. The event consisted of on-field training sessions and off-the-field study sessions. As participants had more time in this week-long camp to absorb all of the information — compared to our typical two-day camps — they were able to spend time perfecting their skills, bonding, and enjoying the sport. The level of play from individual players, and from the group as a whole, grew visibly by the last day of the camp and both players and coaches we’re proud of the focus that players gave throughout the entire week.

The Brussels Skills Camp was the 6th camp held by The Growth of a Game after its first five camps were held in Düsseldorf, Split, Vienna, and Bergamo, and Copenhagen respectively. The organizations next camp takes place in Split, Croatia from August 5th-6th, to be immediately followed by a new camp location in Tyrol, Austria from August 19th-20th.

The Growth of a Game Brussels Skills Camp with return to Belgium again in July 2018. 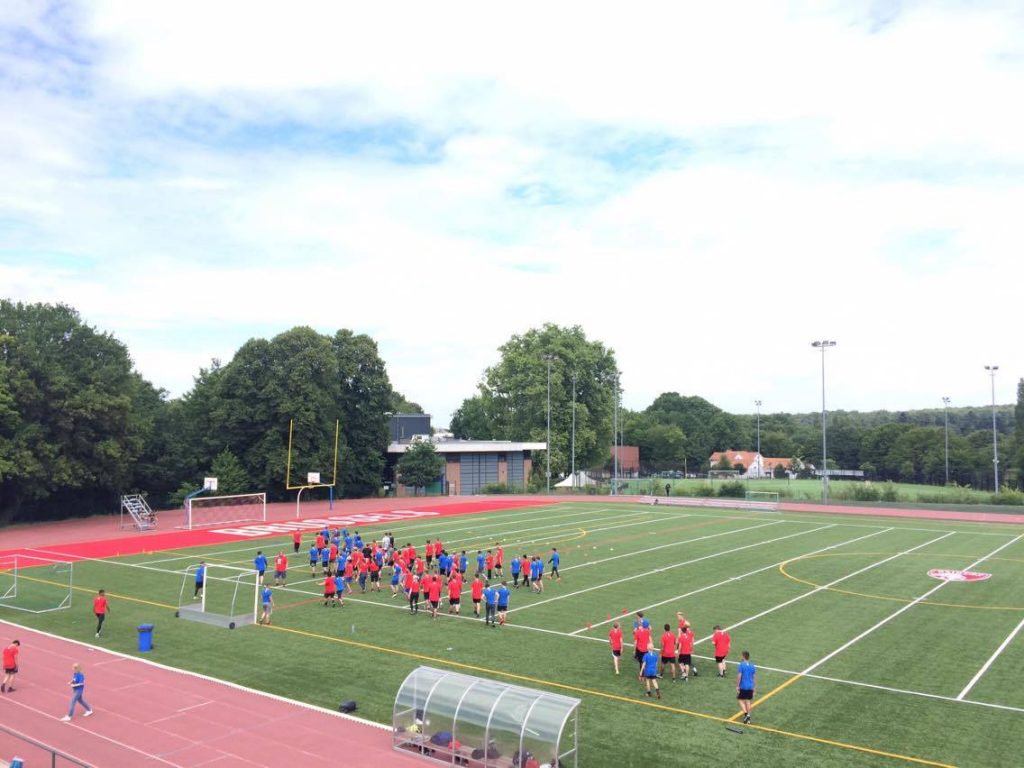 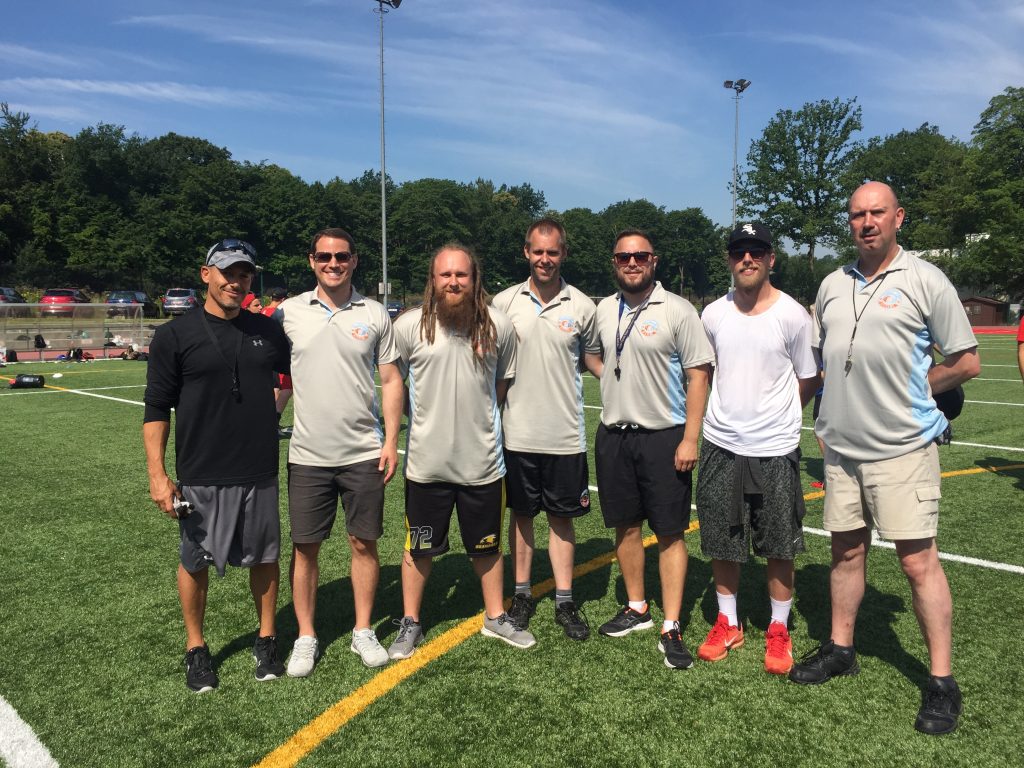 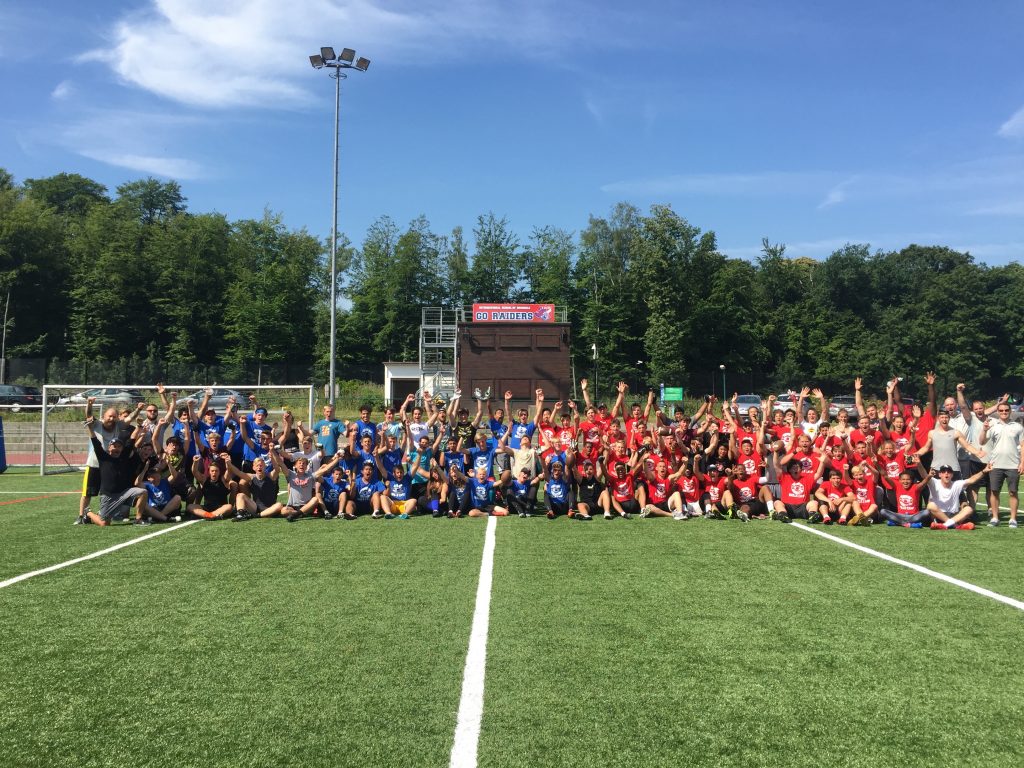 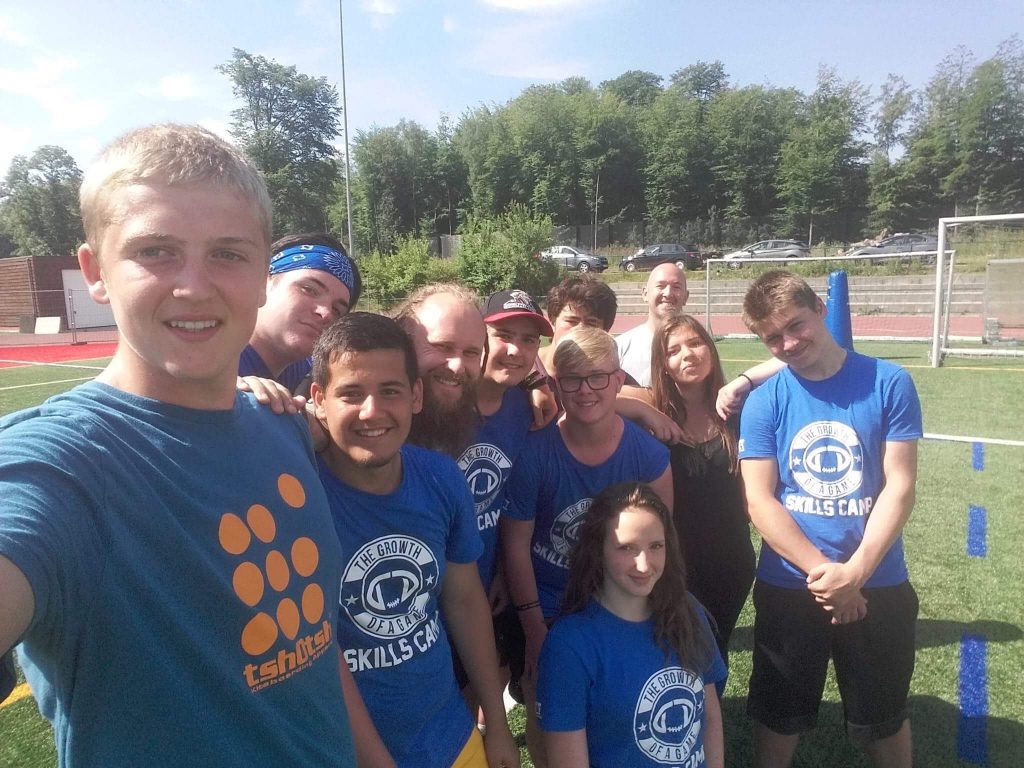 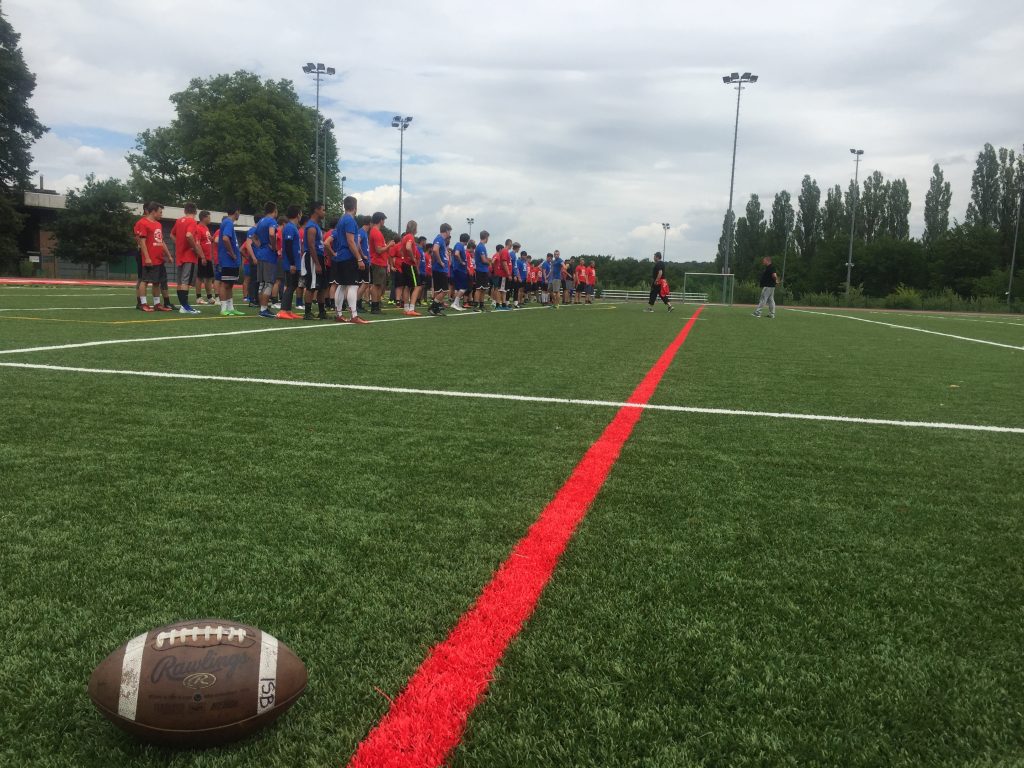 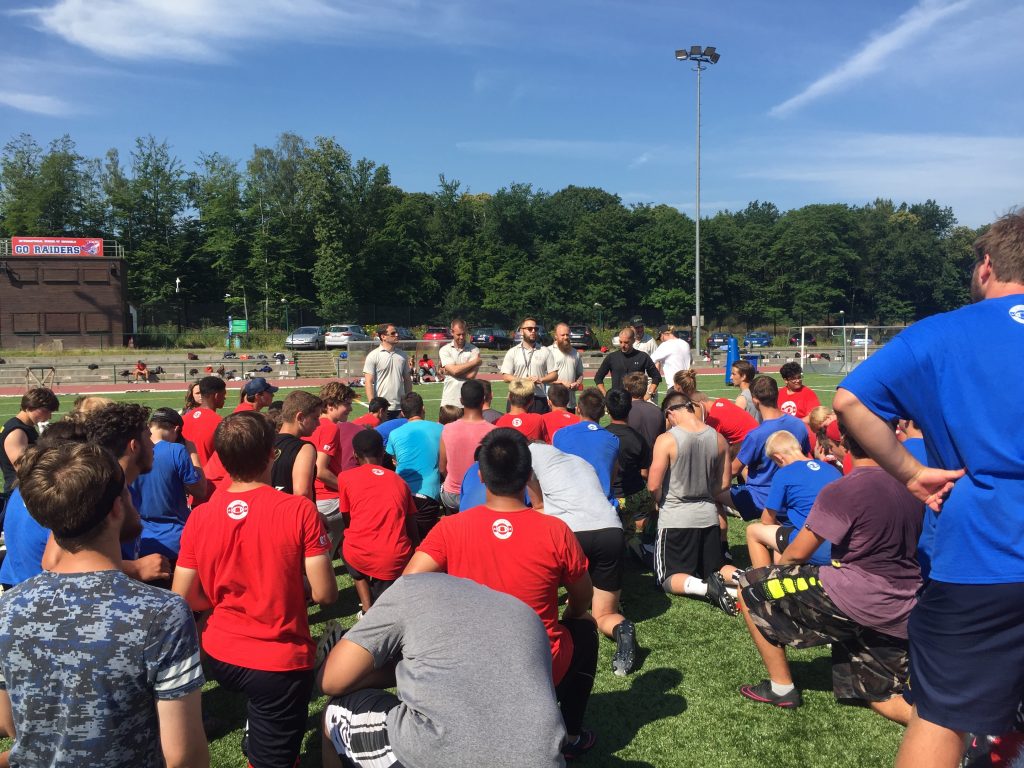 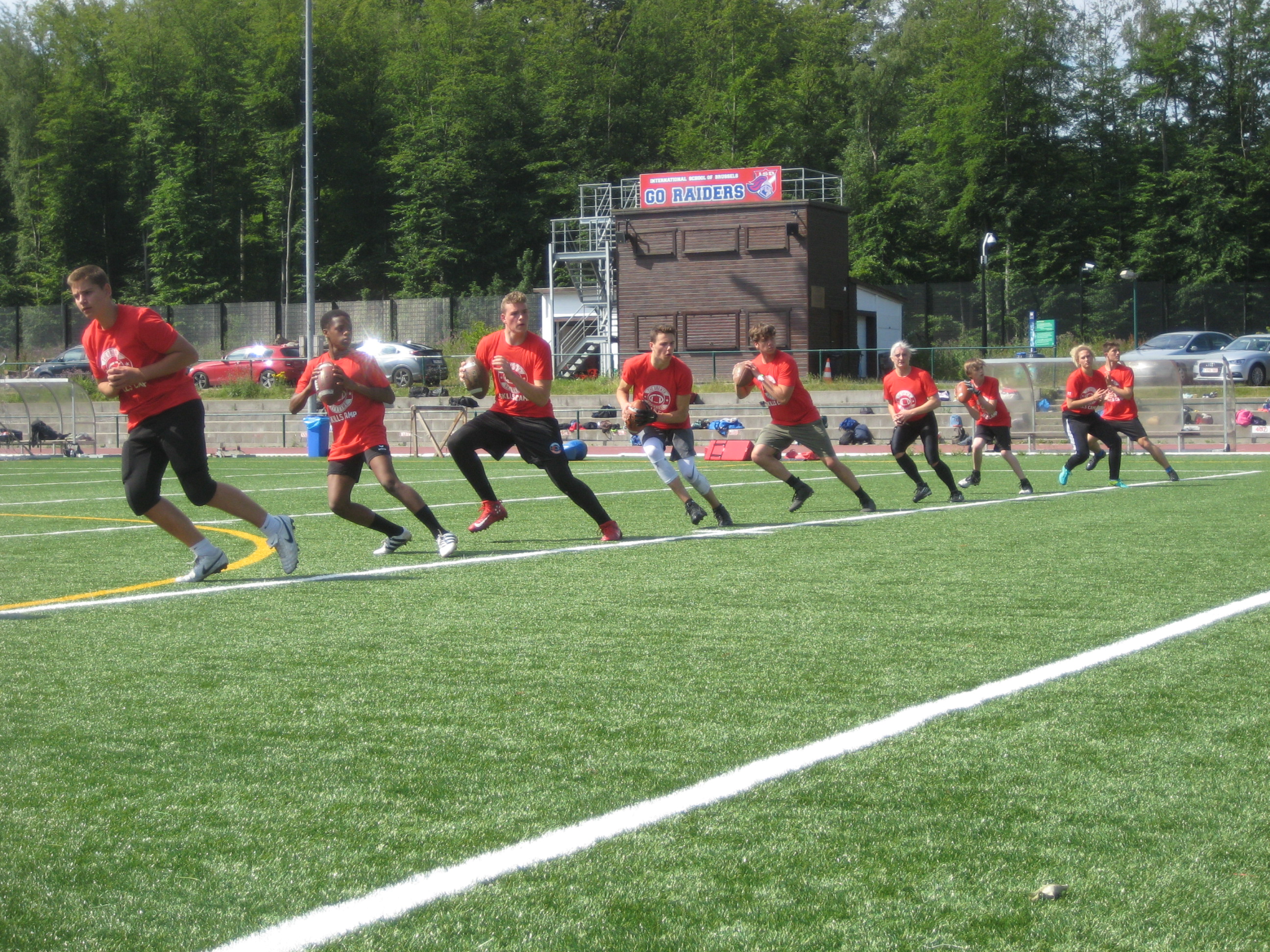 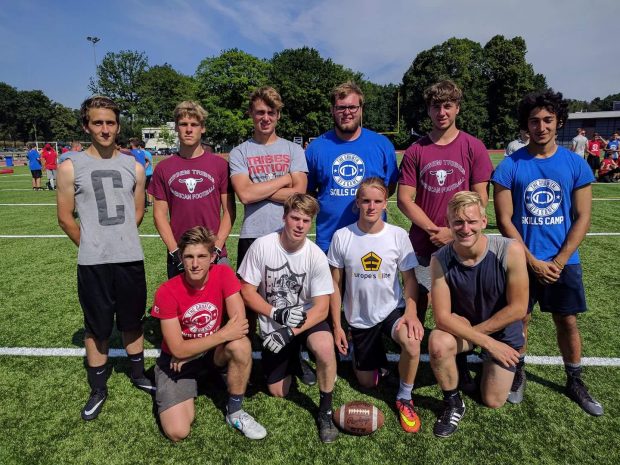