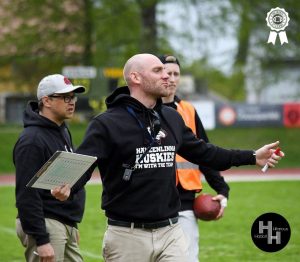 2017 OL clinic with LLP in Dusseldorf with Lecharles Bentley

“Extremely dedicated and passionate about his work.”

“A bright young coach with a passion for learning all facets of the game and a desire to climb the rungs of the coaching ladder in Europe. What you will get with him is a knowledgeable, hard-working coach.”

“As a person, he is very familiar with the way European football runs and applies that knowledge when the usual issues or problems arise, facilitating the solution. He is an educated and smart young man, who speaks multiple languages and is very keen on learing more.”