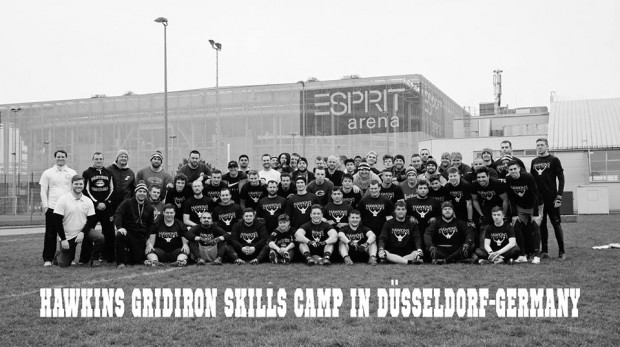 The players and coaching staff from the 2016 Hawkins Gridiron Skills Camp in Düsseldorf, Germany (Courtesy of Manfred Kühne – MK Fotoworks)

The Growth of a Game held its first-ever developmental camp at the ESPRIT Arena in Düsseldorf, Germany and the results were tremendous. The camp was held from March 19th-20th, 2016 in partnership with Hawkins Gridiron Development and the Düsseldorf Panther.

Players from 6 different countries made the trip to Düsseldorf to learn from Dan Hawkins, head coach of the US National Team. Hawkins is an esteemed teacher of the game and was formerly the head coach at Boise State University and the University of Colorado. He was joined by his son Cody Hawkins, former quarterback for the 2011 US National Team who won the IFAF World Championship in Austria. The Hawkins’ were joined by a superb coaching staff, including Marc Ellgering, head coach of the Düsseldorf Panther in Germany; Daniel Levy, head coach of the Warsaw Eagles in Poland; Brian Dobry, defensive coordinator for the Düsseldorf Panther; Jag Bal, defensive coordinator for the Berlin Adler; and Dan Morrison, US National Team wide receivers coach. Additional assistants included Eoin O’Sullivan, Matheus Dias, Lex Braga, and Clark Evans.

We are grateful for the support from our partners at Sportstadt Düsseldorf, Dextro Energy, Biodirekt, Jugendherberge Düsseldorf, EP Sports, Avantum, and UPS. Each showed dedication to providing everything we needed to make the camp run smoothly.

The Hawkins Gridiron Skills Camp will be held annually in Düsseldorf, with next year’s camp taking place March 18th-19th, 2017. The Growth of a Game will also be holding 5-6 additional camps this year in destinations such as Croatia, Portugal, Italy, and others. Camps will be added regularly. To view the full list of camps hosted by The Growth of a Game, visit our Camps page. 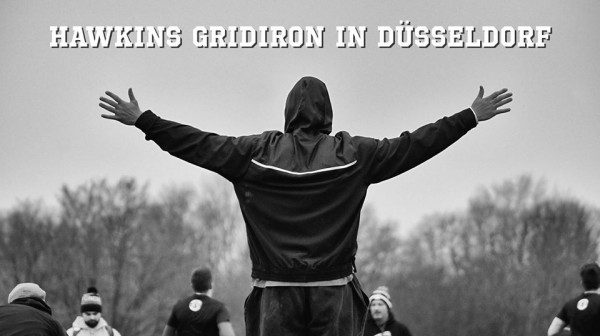 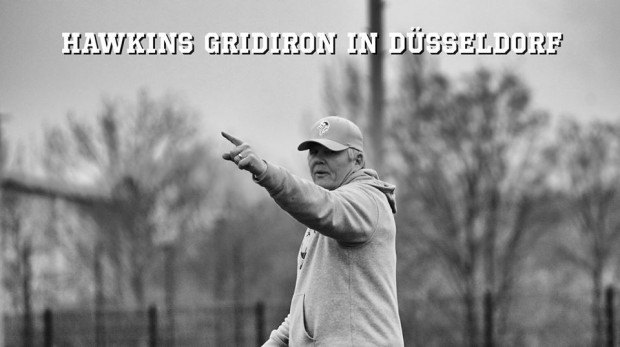 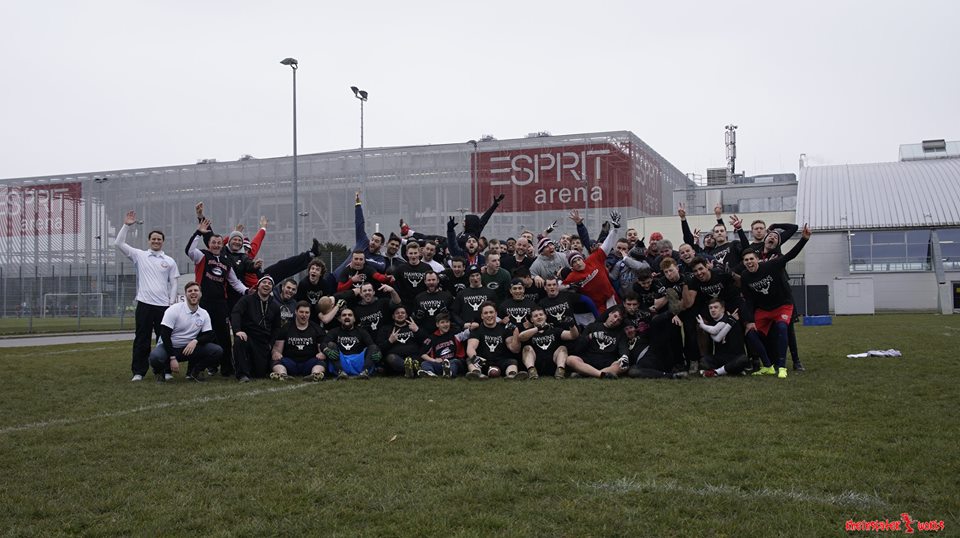 Photos courtesy of Manfred Kühne, team photographer for the Düsseldorf Panther. Additional photos can be seen by clicking here.