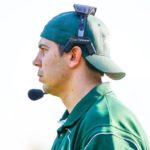 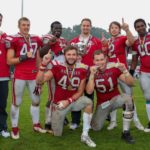 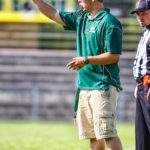 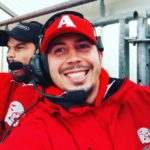 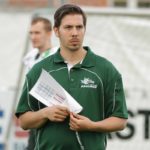 A young, motivated, and accomplished coach who has built his team into a solid contender in the Austrian Football League.

Danube Dragons: Stefan Pokorny was promoted to head coach of the Danube Dragons in November 2016 after serving as an assistant coach for the squad since 2013. Pokorny was awarded 2018 Coach of the Year honors in the Austrian Football League after finishing the season 6-4 and completing the team’s first winning season since 2011. He also led the team to victory over the AFC Mödling Rangers by a score of 21-18 in the first round of the 2018 AFL playoffs. In 2017, Pokorny’s first season as head coach, the Dragons defeated the favorite Graz Giants, 28-21, in the first round of the AFL playoffs. Prior to becoming head coach of the team, Pokorny served as defensive coordinator for the Dragons from 2013-2016.

Austrian National Team: Pokorny served as a defensive assistant coach for the Austrian men’s national team from 2013 to 2015 before assuming the role of linebacker coach in 2015.

Austrian U19 National Team: He served as a defensive assistant coach for the European champion Austrian U19 national team from 2012 to 2016.

•The MVPs of the 2018 season have been determined

For further information on this coach, please contact us at [email protected]