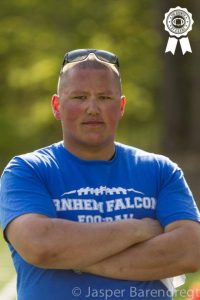 American Football in the Netherlands is dying…

“I was that little fat kid that was always bullied …”

Wouter played college football at Westminster College in Fulton Missouri which is a DIII school; unfortunately, he only played a couple of seasons before shoulder surgery ended his college football career. Professionally, he is an Account Manager for American Appliances. Besides Dutch, he is also fluent in English and German, and in his own words, the two things he enjoys most in his free time are cooking, Netflix and chill.